500 years after the time of St Leonard, Hugh De Hatton, son of Richard, Lord Hatton, fought in the Crusades.

He was captured and imprisoned in Jerusalem – shackled to a wall for 7 years. He prayed for his liberation and St Leonard appeared to him in a dream.

The following morning, legend tells, he awoke in the woods of Wroxall, in Warwickshire, close to his family home. An estate worker found him and alerted Hugh’s wife. His wife did not believe that the bearded, long-haired, unkempt creature before her was her husband – until Hugh produced half a ring that the couple had broken seven years earlier, each keeping half as a symbol of their love.

She now recognised her husband and there was much celebration at his miraculous return.

But Hugh did not forget his liberation – and gave 3000 acres of land to form Wroxall Priory, a Benedictine Order dedicated to St Leonard, to the glory of our Lord. The stained glass at Wroxall beautifully depicts the story…and continues with the story of Alice Craft, a novice nun, who received an angelic visitation, instructing that a Lady Chapel be built to the side of the Abbey. A cross of snow appeared, to show the location, just as a cross of stones had appeared to Hugh, to show the position to build the Priory.

Alice had no influence and no money, but the visitations became more persistent until finally Alice was able to convince the Prioress to order construction to commence. Each week, the money to pay the workmen miraculously materialised. In 1536, as a result of the Reformation, the Priory was destroyed and the Order was disbanded.

Nearly 500 years later, in 2009, another cross appeared. This time, a cross of light that appeared next to the chapel, within a photograph. Bishop David took this as further confirmation of his call to ‘reopen the old wells’ from the seat of this ancient Priory.

The Chapel is now known as Wren’s Cathedral, the Seat of the Bishop of Wroxall Abbey, Dr David Carr, and the spiritual home of the Order of St Leonard.

This private estate also has a hotel and extensive, peaceful grounds, which the Order utilises for retreats and conferences. 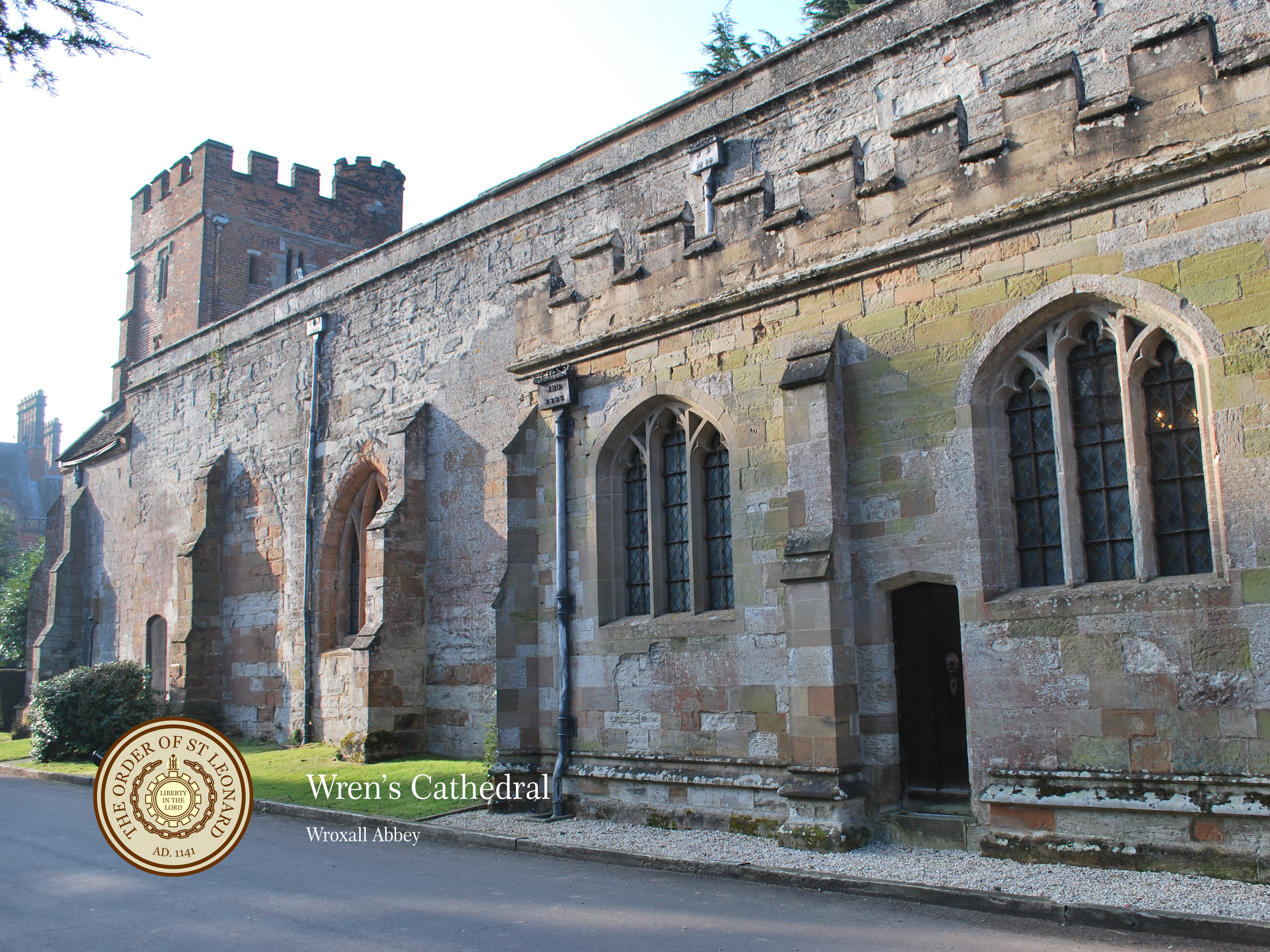 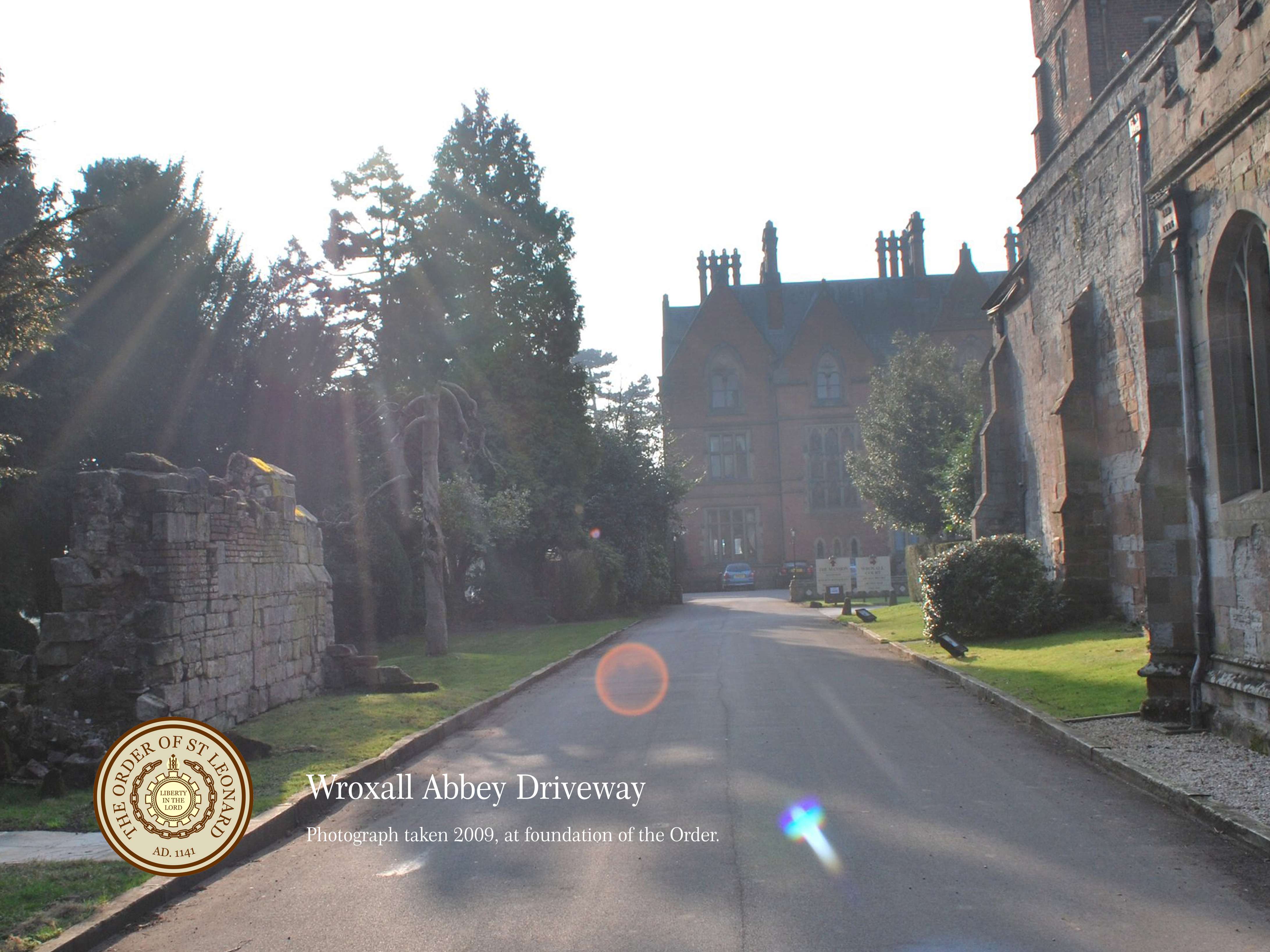 Cross on driveway, taken at foundation of Order in 2009 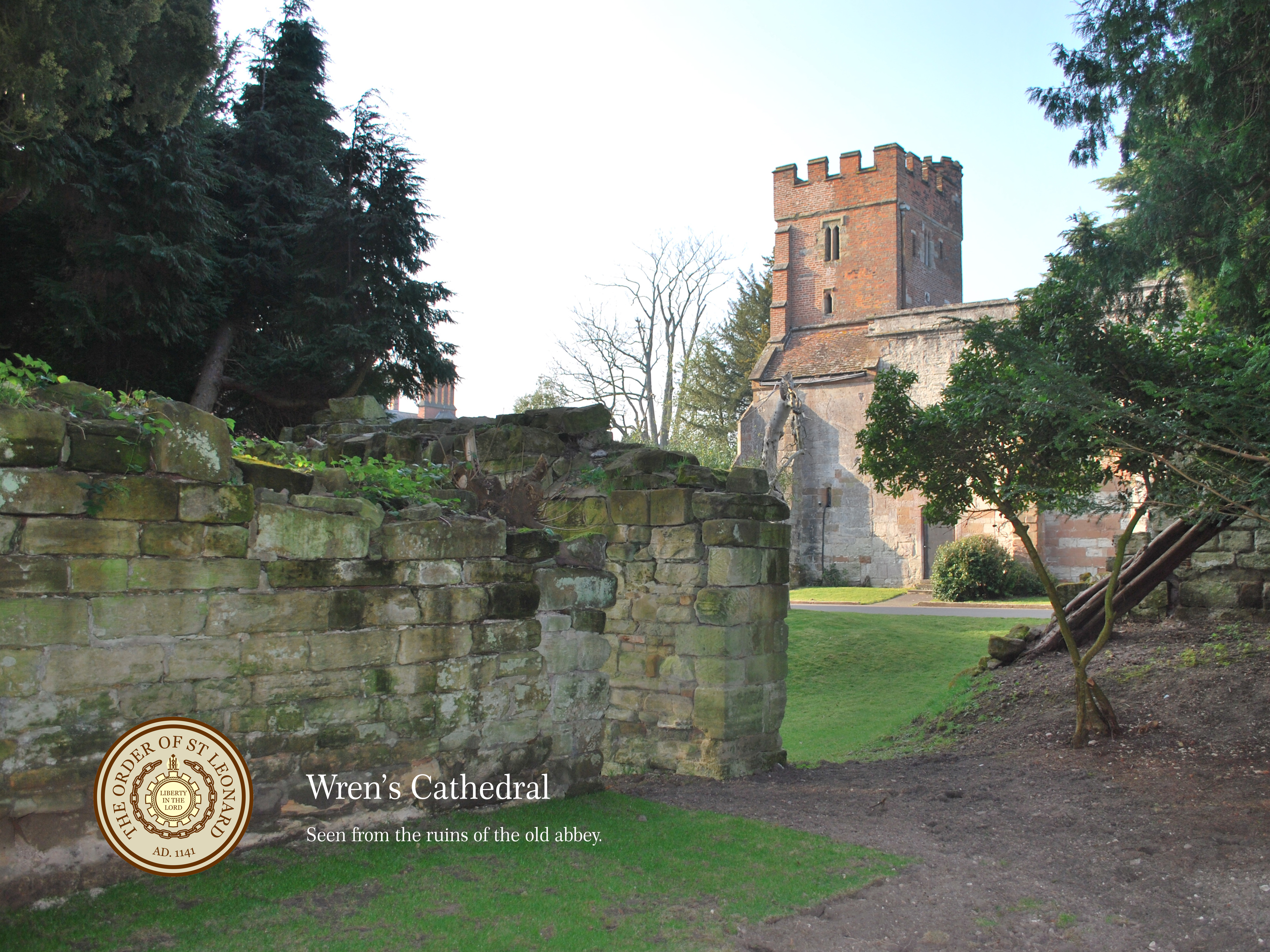