L
A Celtic Monastic Call to the Villages

Revd Brian Nish was formerly Pastor of Kingdom Life Church in Northampton before answering the call, in 2017, to minister to the villages of this nation.

When I joined OSL nine years ago it was because I recognised that OSL had the potential to bring the old and the new together for God’s prophetic and revival purposes in these last days. And also, because it was a lifestyle which transcended streams and denominations. At the time of joining OSL I was the pastor of a fairly healthy evangelical and charismatic church in the centre of Northampton.

Two years ago, in January 2017, I turned the church over to my ‘spiritual son’, and laid down everything else within which I was involved, at the Lord’s feet. Since then, life has become very interesting!

For five or six years previous to this, God had been speaking to me about Celtic Christianity, and I was aware of something growing in my heart which I wanted to express. I was particularly drawn to the fact that so much of what the Celts did took place in villages and local communities, as opposed to the larger towns and cities. Out of this a love has grown in my heart for village churches. When speaking to Bishop David Carr about this earlier this year he said to me, “You have a Celtic Monastic call to the villages”.

Over recent months we have seen some developments with village churches, both here in the Northampton area and further afield. Here in Northampton, my wife Allison and myself now meet fortnightly with a few village ministers, a mixture of Anglicans and Baptists, to pray for an outpouring of God’s Spirit upon the villages. We now also attend different villages’ churches for Sunday worship, and are aware of other ministers in the area who may be interested in joining us.

In September of this year we were invited to speak to some village churches in Wales about prayer and revival. This included one Presbyterian and three Baptist churches, who had only recently started to meet together monthly to pray for revival. Our time together with them must have gone well because they have invited us back.

These are early days, and we don’t despise small beginnings, but we sense that God is starting to stir up some of the village churches in our nation once again. We want to play our part in this, in whatever way God chooses. At the same time, we rejoice with what God is doing in some of the town and city churches in our nation. So, for all of us, the best is yet to come!

Being a member of OSL has been, and is, an essential part of this journey. As OSL transcends churches, streams and denominations, we are completely ‘neutral’. Therefore, it is from this position of ‘neutrality’ with OSL that we can truly encourage unity amongst God’s people, and pray and ask for revival in our nation.

We are so very grateful to God for bringing us to the kingdom for such a time as this!

Latest Articles from the OSL Team 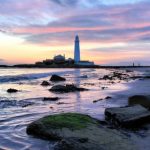 How OSL member ‘The Bay Church’ is encouraging Oneness throughout the community. 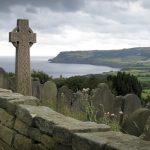 Exploring the monastic call, of one pastor, to see revival and unity in the villages of Britain. 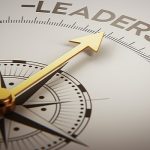 Is Leadership Everything? Exploring servant-hood, leadership and the imitation of Christ

A Vision for Worship

Revd Canon Chris Bowater OSL talks about Worship and the importance of training a new generation. 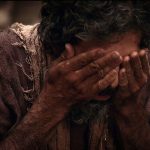 Anagogical exegesis and memory through the magnification of meaning and the four senses of biblical enlightenment.

All about St Leonard de Noblat – the home and centre of ministry of St Leonard.