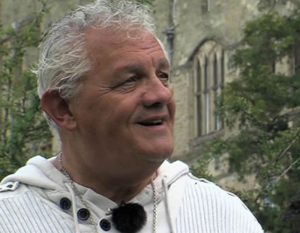 Bishop of Wroxall Abbey and Bishop Abbot of OSL

In 2009, Dr David Carr, Senior Pastor at Renewal Christian Centre in Solihull, received a scripture from the Lord – Genesis 26 – which both challenged him and inspired him to begin the work of re-opening the ‘Old Wells’  and to call them by the names that they were previously known. It was under this direction that he began to perceive many parallels between the life’s work of St Leonard and the modern day work that Renewal was engaged in. These remarkable similarities provided further confirmation that the establishment of the Order was the next stage in providing strong Christian Leadership and promoting the delivery of strong doctrine and unity across all Christian denominations.

On the site of the ancient St Leonard’s Priory, at Wroxall in the Warwickshire countryside, stood Wren’s Chapel and it was here that the Order was founded. In 2009, the Chapel was consecrated as a Cathedral and David  was ordained as the first Bishop of the Diocese of Wroxall Abbey, with Wren’s Cathedral as the Bishop’s seat.

The primary goal of the OSL was, and is, to bring together all Christians, regardless of differing denominations and streams, without leaving their distinctive groupings, in to a unified fellowship for prayer, mission and to help the disadvantaged.

Bishop David is the founding pastor of Renewal Christian Centre in Solihull, UK, a Church that he founded in 1972 with just four people.

Today, the Church sees many thousands of regular, weekly worshippers, both locally and from across the UK and the world, attending at the central Church and its local congregations throughout the region.

As well as being an internationally recognised preacher, with global missions providing practical support to so many people in need, he is known by many for his powerful healing ministry which sees many incredible testimonies of healing each week.

He is also a published author and broadcaster and he is currently putting the finishing touches to the first volume of his autobiography, “A Life of Two Halves”.

His ‘straight to the point’ style traverses barriers and boundaries making him an accessible, realistic and powerful orator. A much loved Pastor; husband to Molly, father and grandfather, his impact on the Heart of England is unmistakable. A wide range of ministries and local projects have truly put the Church back at the Heart of the Community.

Never afraid to tackle the issues that many would avoid, he is also in great demand as a social and political commentator. It is this ‘inclusive’ style, the recognition that common goals are more important than individual interpretations, that powerfully led Bishop David to ‘re-open the Old Wells’ and, in 2009, establish the Order of St Leonard.

Bishop David was awarded an OBE in 2016 for his services to the community and he serves as honorary Chief Chaplain for University Hospital Birmingham. He is also Vice-Chair of Lode Heath Academy and Patron of the King Solomon Academy, Birmingham.

He is part of the OSL Academia faculty and teaches and mentors on leadership and chaplaincy.